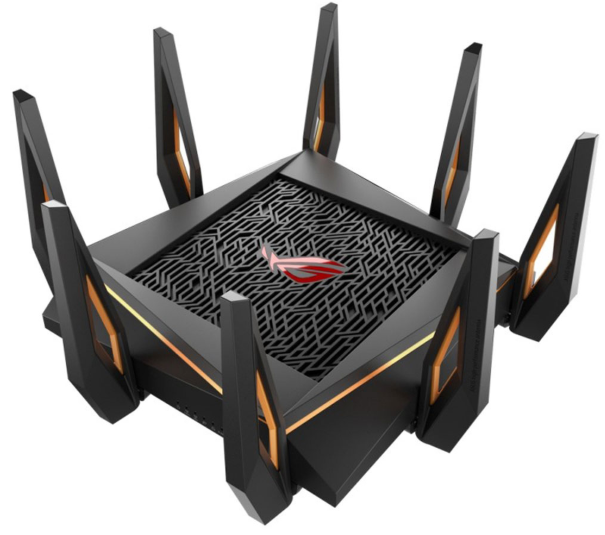 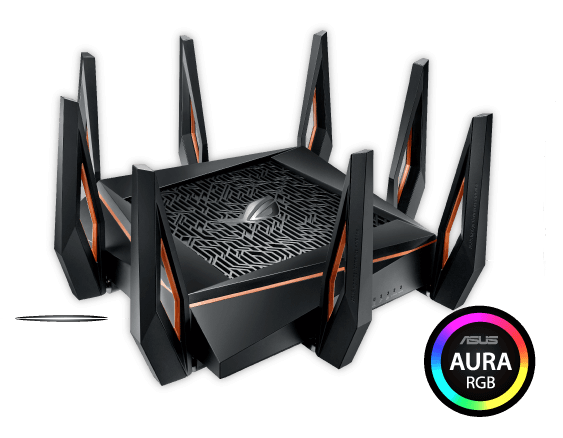 TEAM UP YOUR ROG GEARS FOR VICTORY

ROG PCs (motherboard, laptop, desktops) and ROG wifi routers together with Game First V network acceleration software ensure smoother online game with lower ping and less lag. No matter wire or wireless, Game First and Game Boost prioritize gaming packets and decrease so that you do not miss a bullet from the back.

*Tested with League of Legends while BitTorrent download and streaming 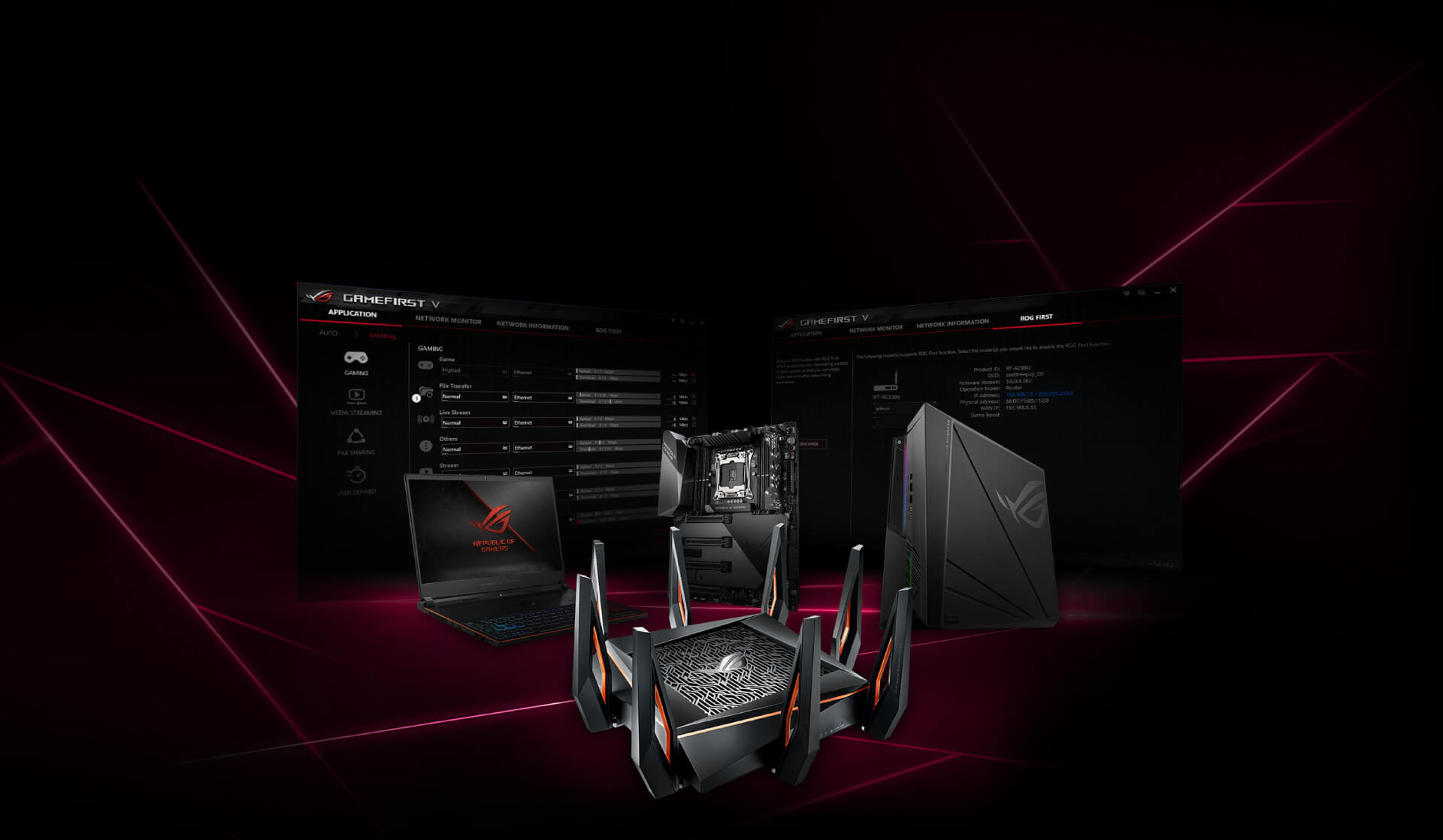 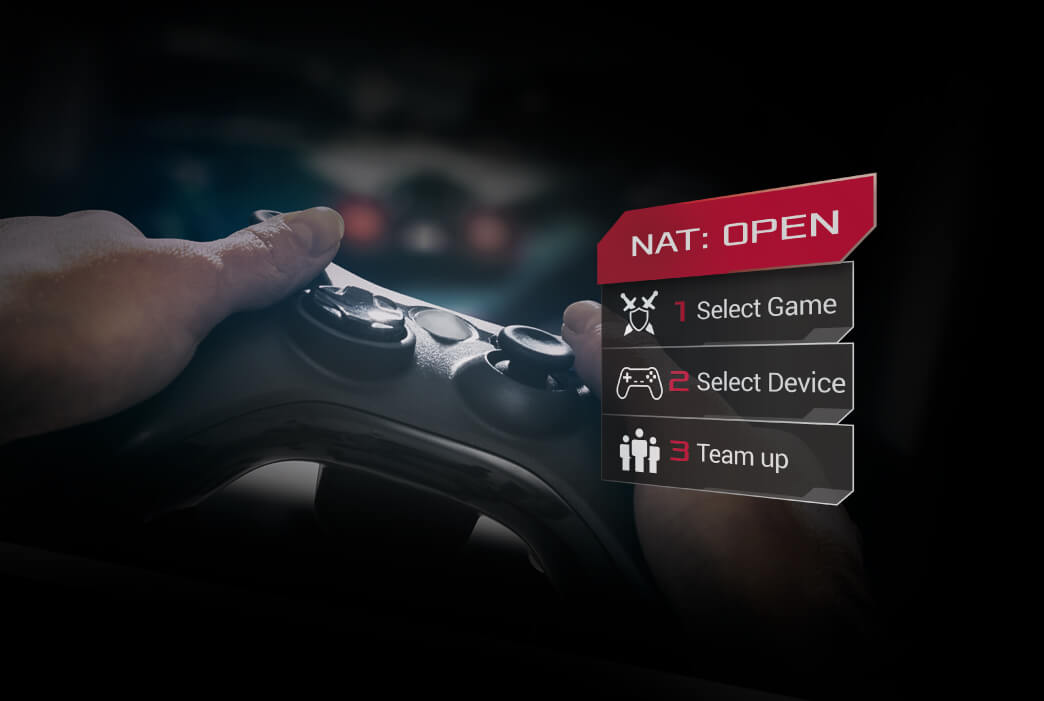 Port forwarding is critical for gamers, to avoid the awkward situation of not being able to team up with friends.
Open NAT on GT-AX11000 cannot be easier, it only takes 3 steps. No more frustrating and complicated process needed. 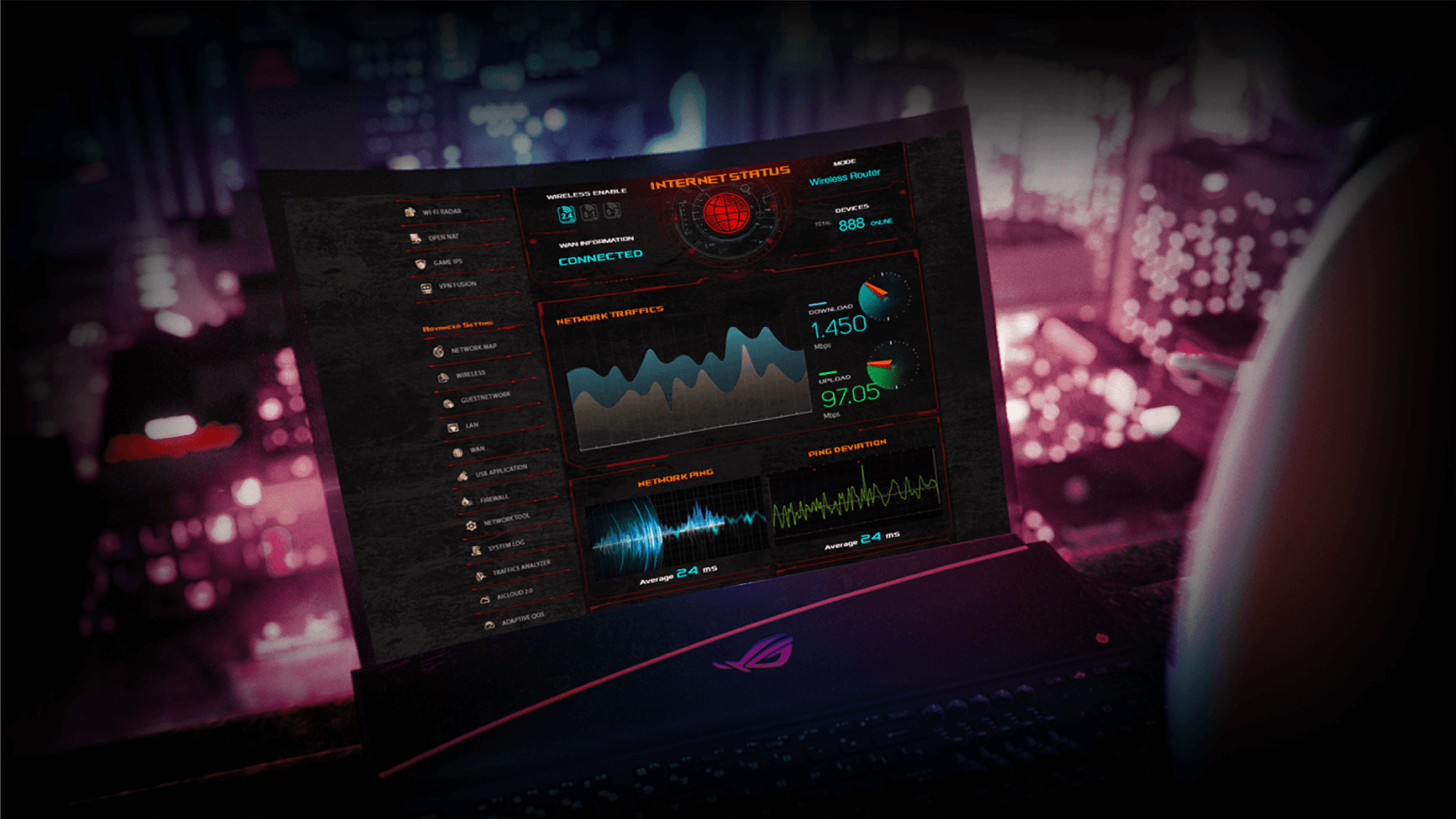 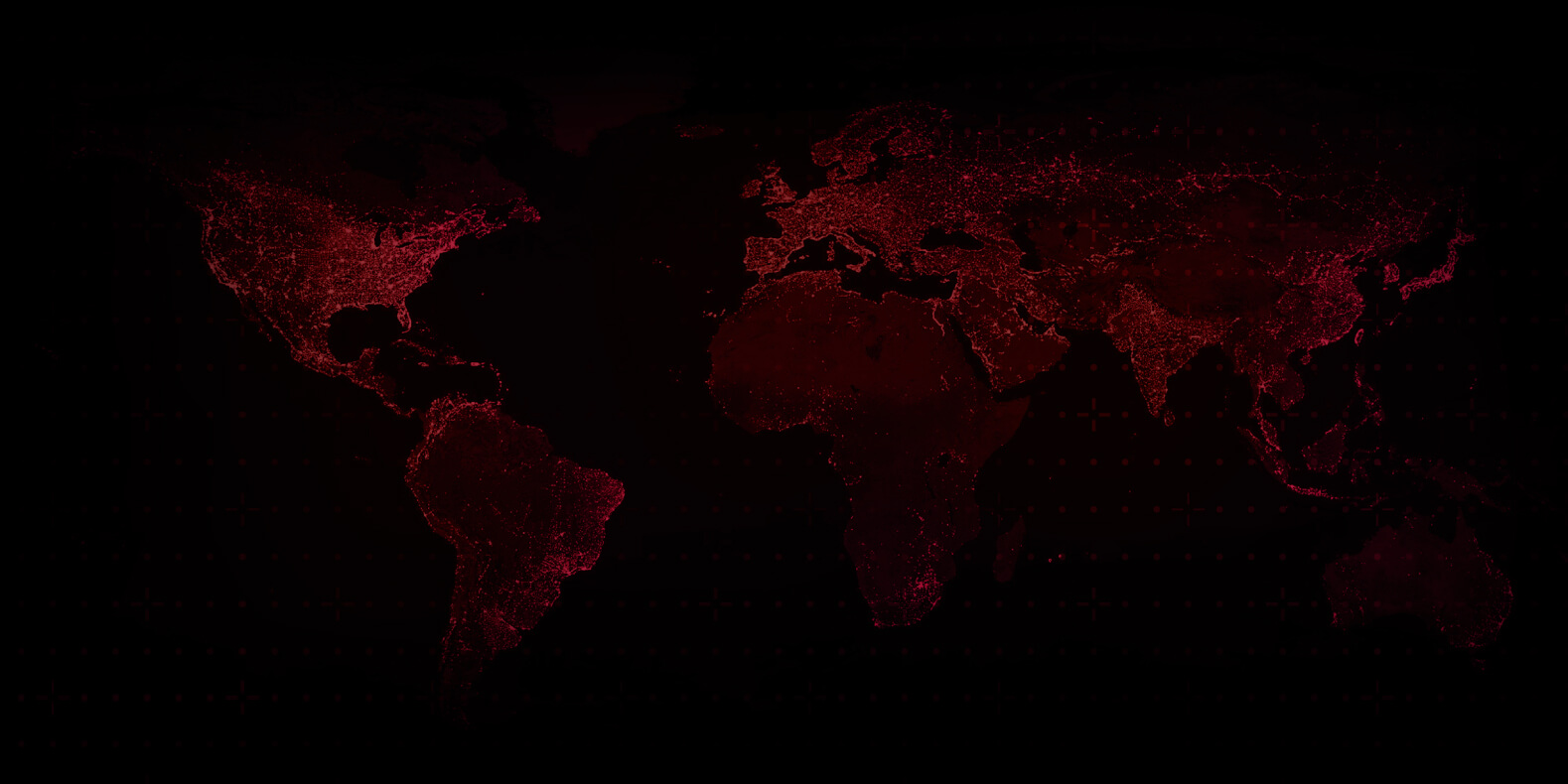 DON'T TRUST YOUR
VICTORY TO LUCK

When it comes to ranking, a great connection to your game server is critical. Game Radar lets you check ping times to different servers4 before you play, so you can choose the best one and gain the competitive edge. 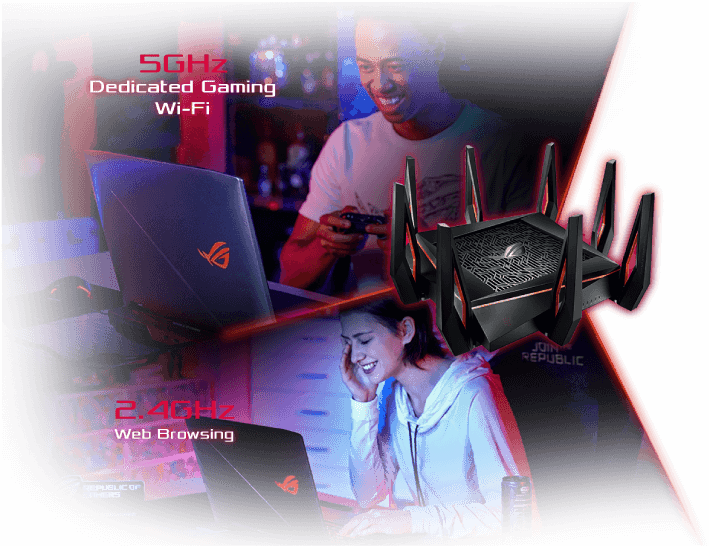 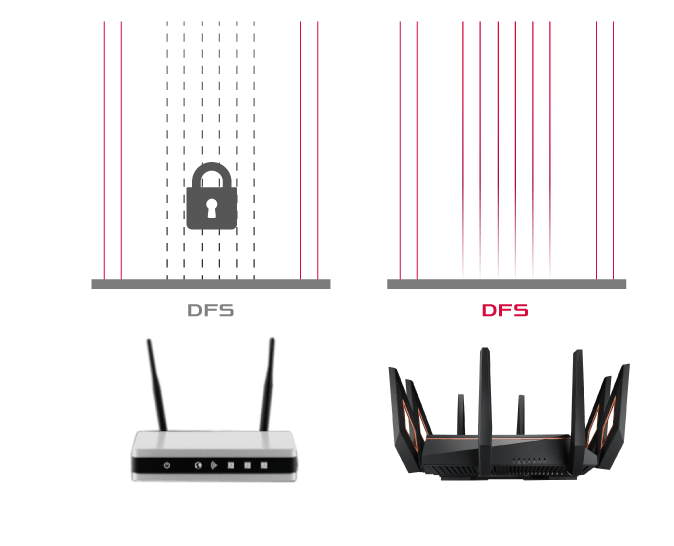 Tri-band networking lets you dedicate one 5GHz band to gaming only, so you can avoid competing for bandwidth with other devices on your home network. With dynamic frequency selection (DFS), ROG Rapture GT-AX11000 also unlocks 15 channels in the least-congested 5GHz bands, providing more bandwidth for all of your wireless devices.

If you're fed up with virtual private networks dragging down game performance, ROG has the answer. ROG Rapture GT-AX11000 has a killer feature called VPN Fusion, which lets you run a VPN and an ordinary internet connection — simultaneously! So even if other network users need to use a VPN, you can still enjoy maximum gaming speeds.

Light Up and Win

ROG Rapture GT-AX11000 is the first ROG router with Aura RGB lighting, which can display hundreds of colors and multiple effects for a stylish vibe that matches their other Aura-enabled gaming gear. 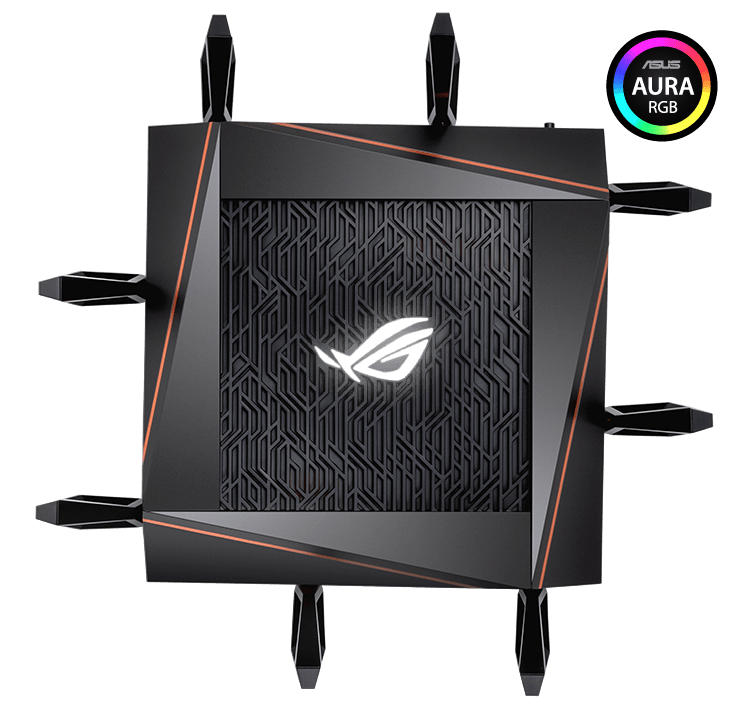 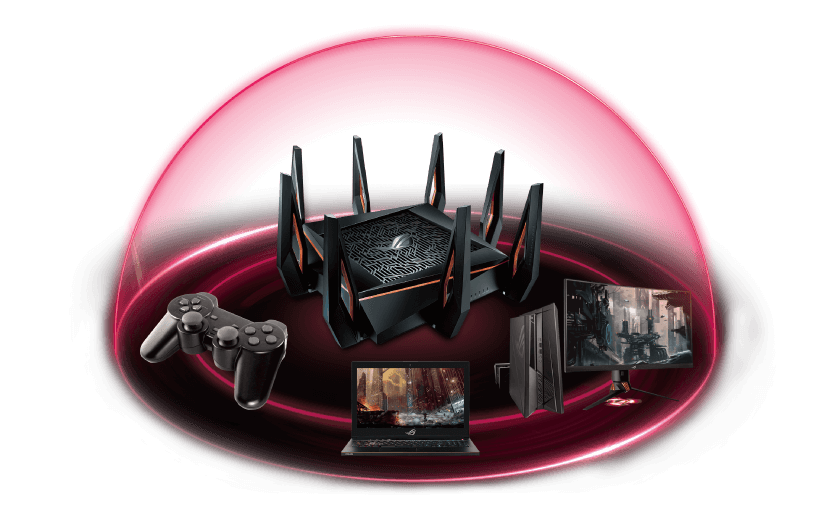 In addition to incredible wireless  performance, GT-AX11000 comes with a 2.5G WAN/LAN port for up to 2.5X faster data transfers than regular Ethernet. The router is powered by a 1.8GHz 64-bit quad-core CPU to easily handle online gaming, supercharge USB data transfers and power LAN parties. For added convenience, a customizable button on the front of the router lets you instantly control a function of your choice, such as Aura RGB lighting, Game Boost or the DFS bands.